For only the second time in its twenty three year history the Wimborne Minster Pancake Race had to take place inside the Minster on Shrove Tuesday 25th February due to the prevailing weather conditions. This did not stop a crowd of several hundred attending to cheer on the contestants.

There were entries in all the categories including six wheelchair entries from Streets Meadow. The winner Valerie Beale won a large sack of wild bird food kindly donated by the Wimborne Pet Centre. The twenty four adults taking part ran round the inside of the Minster individually on a timed basis with the winner being Philip Goymer for the fifth year in succession. He said it was his last year in order to give others the opportunity of winning in the future! He received the John Loader Memorial Cup from Kathy and Martyn Curtler to hold for a year and a prize from MAGS4Dorset presented by Marilyn Barber the News Editor.

A number of toddlers took part in the Toddlers Races the winner Zach winning an Easter Bunny.

Three schools entered the different categories in the Schools section, Beaucroft Foundation School, Allenbourn Middle School and Wimborne First School. Each school won a monetary prize presented by Number 9 On the Green. They also provided Pancakes for everyone to purchase and enjoy both before and after the races.

A collection was taken for Minster Funds which raised £126.14. 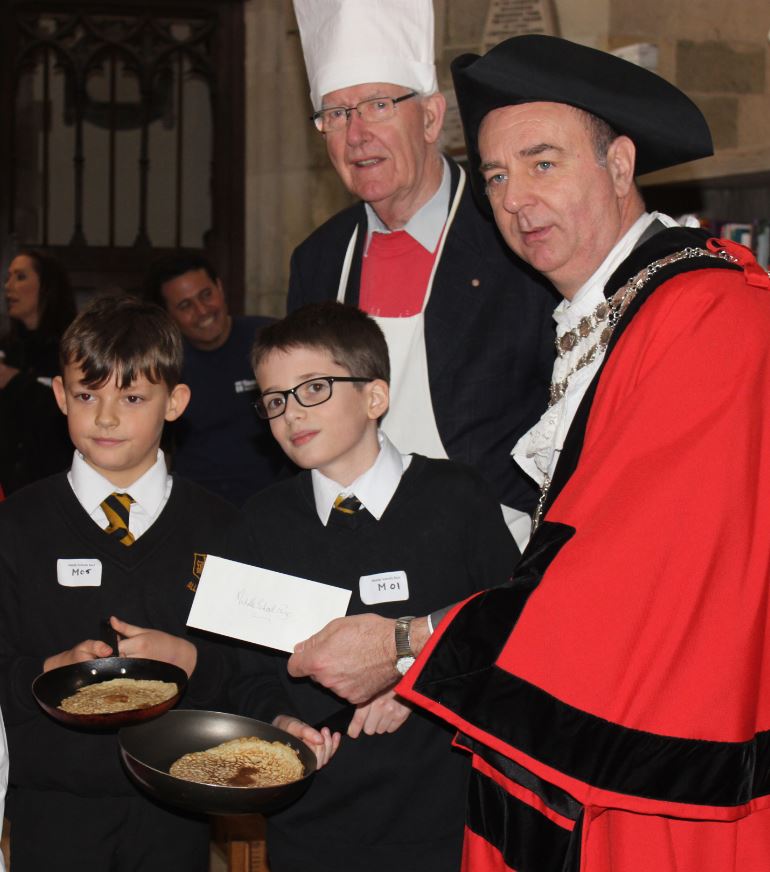 More picture in our Gallery.