On Saturday our U11 rep side were representing Dorset at the DANONE Nations Cup 7-a-side tournament at Keynsham. The boys were in a tough group and finished top of the group with a win and two draws. They then faced a very strong Plymouth schools in the Semi-final. After scoring an early goal, the boys held onto to the lead to win and make the final. This guaranteed a place at the National Finals!!

In the final, the boys were dominant from start to finish and won the game 2-0!

So, it’s amazing to say that these 9 players, 5 from Wimborne Acadamy Trust schools, are South West Champions!!! They will be going to the national finals. This will be an amazing day for the boys. Well done Harry and Jacob from Allenbourn. 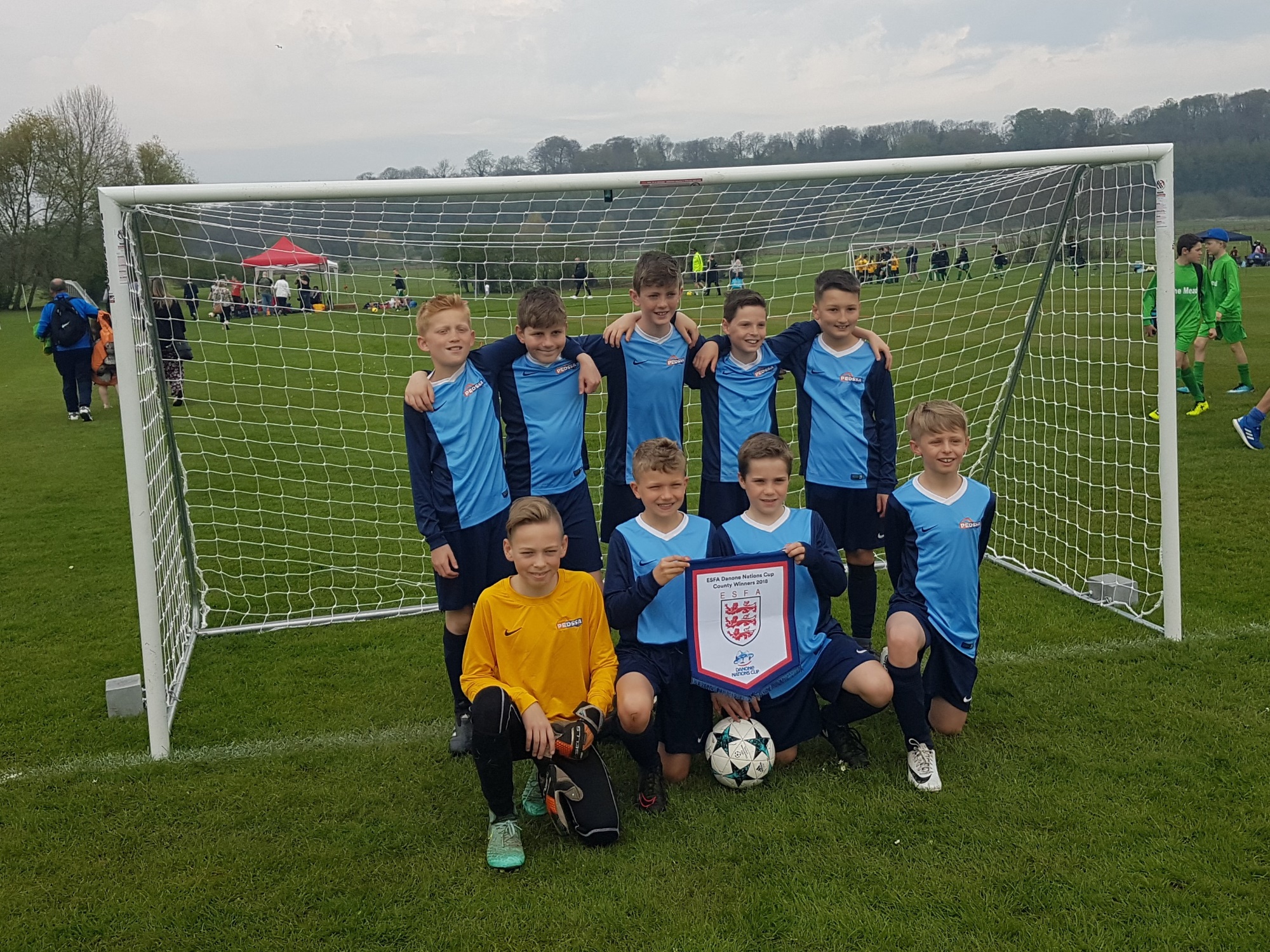